Picture the following everyday situation in your company:

You have a customer whose tank was filled in the last week of March.  The customer has been with you for over 10 years, pays their bills on time, is on a budget plan, has a price cap as well as a service contract.  And, of course, is on automatic delivery.

They have a K-factor of 4.5 (calculated over time by your BOS) and a baseload of 1 gallon/day for their hot water heater.  As mentioned, a simple, basic customer.

Per your BOS, the next scheduled delivery – with an optimal fill of 190 gallons – is scheduled for the end of July.

On July 31st, you fill the tank until the whistle sounds and the tank takes 120 gallons, not the planned-for 190.  This type of thing happens all the time, and despite the fact that the “Delivery K” was 11.9, you probably don’t do anything for this “one-off” case.  If anything, the BOS might move the K from 4.5 to 4.6 or 4.7, but really not a big deal.

The next scheduled delivery is not until November – at which point, the customer should be able to take 190 gallons.  However, on November 12th the delivery is only for 118 gallons (a Delivery K of 11.7), not the planned-for 190 gallons.

After two “misses”, the BOS would likely start to raise the K-factor in the system, but you – your company’s “keeper of the K’s” – decide to be more proactive.  Two big misses must mean that their behavior has changed.  So, what do you do?  You do what most people do – you do NOT panic by raising the K to 11, but you also don’t wait for the BOS to “catch up”.  You play it conservatively and move the K to 6.5.  Easily understandable and defensible. 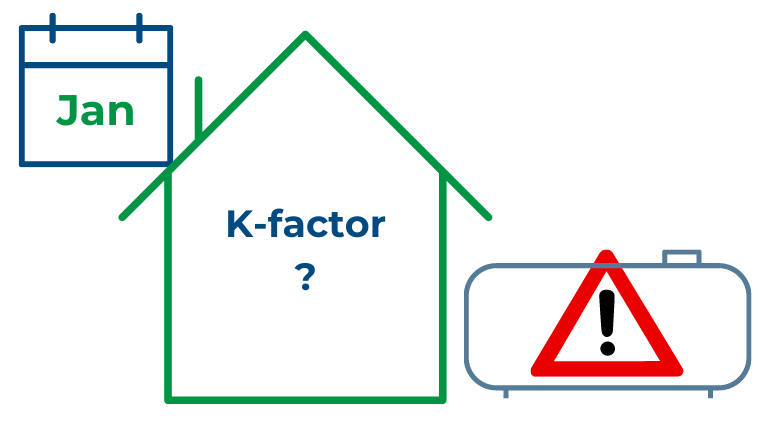 The next scheduled delivery would be in early January, scheduled by the BOS for January 7th, by calculating the number of HDD’s to consume 190 gallons (190 * 6.5 = 1235 HDD’s).  However, on January 2nd, you get “the call”.  Your customer had a runout!  How could this have happened?  What could you have done about it?  Clearly, the original K of 4.5 was too low.  Clearly, the conservative increase shouldn’t have caused a runout!

For those of a certain age, you will remember Paul Harvey’s refrain, “now, for the rest of the story…” (a/k/a what you didn’t know or realize):

Your long running customer’s twin daughters went off to school last January, living away from home for the first time ever.  In addition, as a New Years’ resolution, the customer decided that he was finally going to get in shape and joined a gym near his office.  After his workout session, 5 days a week, he showers at the gym before heading to the office.  Those two, seemingly innocuous, behavioral changes cut out almost three-quarters of a gallon of heating oil that otherwise would be used from May through September to heat the water for their showers (if this were a propane article, we would also refer to the lost consumption due to lower usage of propane for cooking, clothes drying, and possibly for a furnace).

It’s not the K!  The customer still consumes a gallon of heating oil for every 4.5 HDD’s.  That hasn’t changed. The thermostat is set at the same level.  However, the baseload, the consumptive element that is often ignored and rarely modified, simply changed – and neither you nor your BOS could possibly have known.

We started digging into baseloads as part of a deep dive into ways to better predict consumption (and changes in consumption) in a world that has suddenly become far less predictable for heating fuel distributors.  We starting with the same notion that has been bandied about over the last six months, that with more people working from home and learning from home, houses would be kept warmer during the winter and it would be hard to predict exactly which houses would be warmer, and which houses would keep their historical heating patterns.  With all of the focus on HDD’s and K-factors, the basic premise that “more people in the house equals more consumption of fuel – above and beyond heating needs” was missed by many, and we are witnessing the effects of that, already this winter.

In addition, and this is key: the requirement to predict both consumption numbers based on heat usage in addition to baseload usage was ALWAYS difficult (think about flipping a coin, guessing it will be ‘heads’, but also needing it to be ‘heads’ two times in a row!). Not only has it always been difficult, but this year it has become even more difficult.

Think about baseloads for a moment.  How are they set?  What do you factor in – people in the house, hot water for showers, propane for cooking and clothes dryer.? How many of each?  How do you know if your original guess is correct?  How do you know if the demand changed over time?  How can the back-office system make automated modifications (hint: they can’t)?

We hear very often about people who are reviewing K’s and who are “fixing their K’s”.  I guess the question we would ask is, “how do you know that the Ks are wrong?”.  And, if they are wrong, WHY are they wrong – correlation between HDD’s and consumption, OR “the twins just went off to college”?  Back-office systems cannot fix a baseload issue.  It can only be fixed, if noticed at all, by calling customers and asking them about changes in behavior – something that most companies simply are not adept at doing.

In today’s world that has more consumption uncertainty, you are left with three choices: 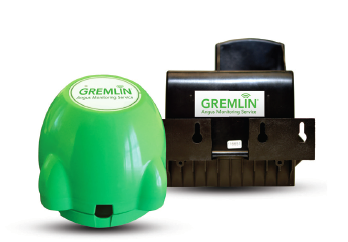 Monitors are not a new idea and there are more companies who are “all in” with monitors than ever before.  You may well have a monitoring plan, but all too often the plan focuses on either extreme cases of high/low deliveries or only on new customers – those whose consumption is, at best, a guess.  In current times, with historical consumption being far less relevant than ever before, it is not too much of a stretch to say that all customers need to be looked at a “new”.